Solving the mystery of the maillardet automaton 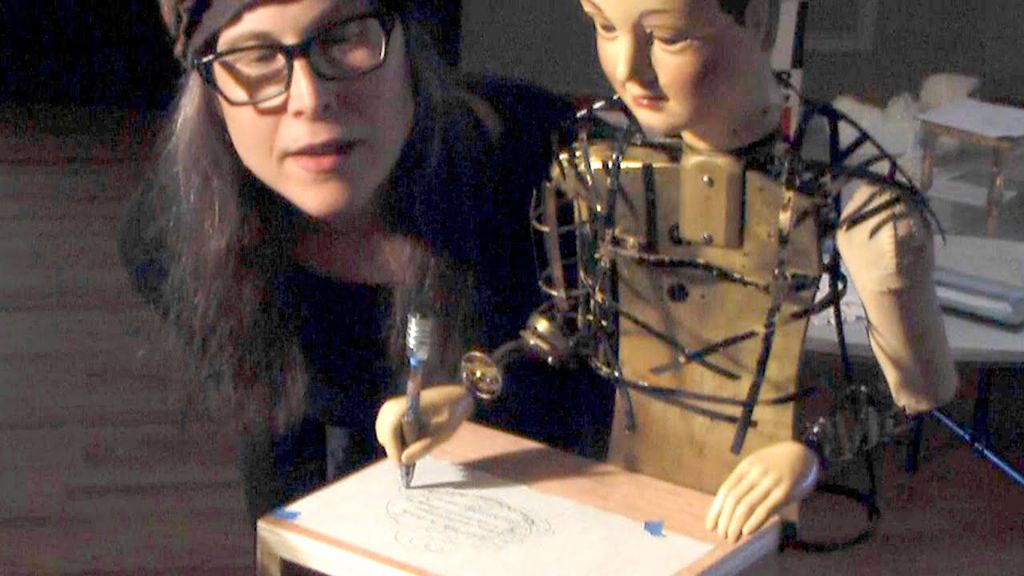 A two month long project that fulfills an 8 year long quest to know once and for all what the original writing instrument was for the famous Maillardet Automaton, which is housed at the Franklin Institute here in Philadelphia. The machine was created in the 1790's, almost certainly as a collaboration between the shops of Jaquet-Droz and Maillardet ~ with the majority of the mechanism designed and manufactured under Jaquet-Droz and the programming (a very large bank of 3-axis cams) created by Maillardet. The automaton is essentially an elaborate 3 dimensional pantograph, and so I use a simple 2-D pantograph in a proof of concept project to replicate the way the Maillardet Automaton originally made its elaborate renderings with very high crisp detail using varying line widths. I conclude this one as Q.E.D. - Quod Erat Demonstrandum!
My original blog "Reverse Engineering the Maillardet Automaton" -
http://www.frantone.com/designwritings/design_writings9.html #reversemakeup
Join Team FranLab!!!! Become a patron and help support my YouTube Channel on Patreon: http://www.patreon.com/frantone
#hugo #lost #mystery
- Music by Fran Blanche -
Fran on Twitter - https://twitter.com/contourcorsets
Fran's Science Blog - http://www.frantone.com/designwritings/design_writings.html
FranArt Website - http://www.contourcorsets.com

15 thoughts on “Solving the mystery of the maillardet automaton”