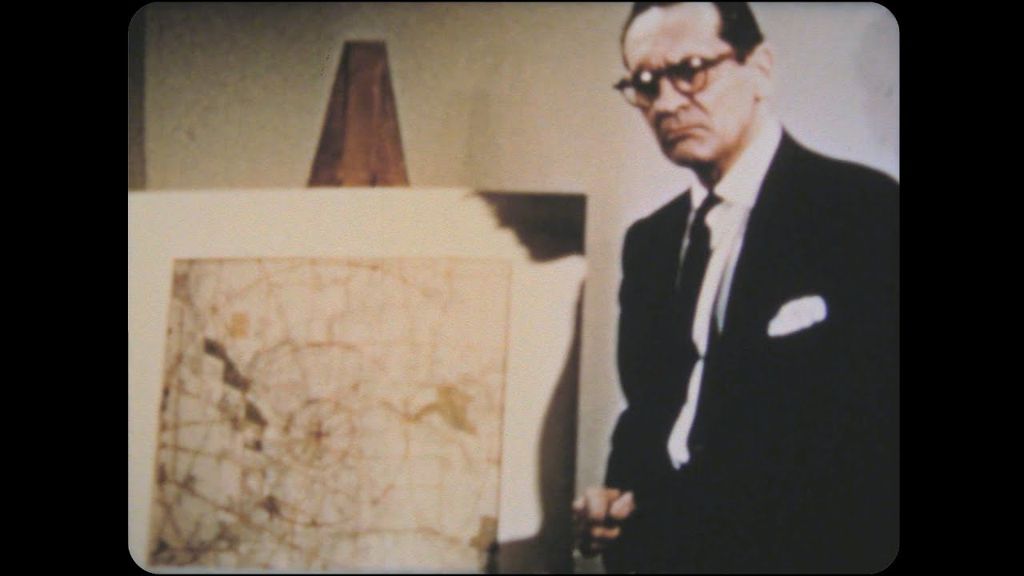 This 16mm film made by the US Army is one of the first to try to quell the American public's anxiety about the looming threat of the new Soviet Atomic Bomb. This reel from my own collection is a Cinecolor print - an unusual 2-color bipack process that puts two strips of film through the camera at the same time, one on top of the other. The top film stock is on a strip of celluloid dyed red with an orthochromatic emulsion that reacts to the blue-green part of the spectrum and that also acts as a filter for the polychromatic black and white strip behind, which is exposed by the remaining red part of the spectrum. This process was far cheaper than the 3-stripTechnicolor process but required twice the lighting and subsequent duplicate prints using the same process created very high contrast and rather blurry prints such as this one. An interesting film in many ways - and as always this was transferred using my own Telecine. Enjoy........... and Survive!
Join Team FranLab!!!! Become a patron and help support my YouTube Channel on Patreon: http://www.patreon.com/frantone
#franlab #nuclear #atomic
- Intro Music by Fran Blanche -
Fran on Twitter - https://twitter.com/contourcorsets
Fran's Science Blog - http://www.frantone.com/designwritings/design_writings.html
FranArt Website - http://www.contourcorsets.com

Oh no! fran has a kaossilator. youtube is ruined!